Indonesia's maritime historiography so far has focused more on socio-economic interactions, such as: shipping-trade history, ethnic identity, downstream-upstream connections, and the politics of the harbor workers. Meanwhile, the sea, strait, and river function to connect people, goods, and ideas have made their own history which unfortunately to be neglected in Indonesian historiography. By using the historical method, this study focuses on examining a marine network system offered by Indonesian maritime historian A.B. Lapian. The Karimata Strait, an intangible heritage, has produced its own socio-political history through social interactions of the various ethnic groups such as Bugis, Malays, Chinese, Arabs, Dayaks and Arabs. This article focuses on two ethnic groups, Bugis and Arabs who had an important role in the formation of Malay sultanates and maintain their own authorities in the East and West of the Straits.  The Bugis ethnic network was represented by the migration of Opu and his Five Son from East Indonesia in the 17th and 18th centuries, while the Arabs were represented by Syarif Abdurrachman's family coming from the West, the Arab-Hadramaut and set up the sultanate of Pontianak. Following the movement of these two groups, and the networks they form, this study shows that their network histories are complex, intersecting in various ways through diaspora, religion, friendship, kinship, intermarriages, diplomacy and war. The intersection of these various networks became social capital to gain political power and economic control in the Malay sultanates. The formation and ways where the network operated had blurred the territorial boundaries of a sultanate in the East and West of Karimata Strait. 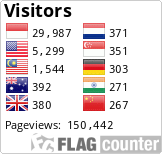